There are many  books in many different languages are written  about Taslima.

Taslima and her works  are  discussed  in many books too.  A  few examples --

More than 100 books are written about Taslima.

Name of the books and the publishers -

Taslima Nasrin - The Death Order and its Background  by Peter Priskil 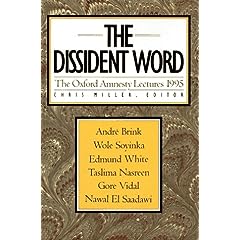 Word. : On Being a [Woman] Writer (On Writing Herself)

The Vintage Book of Contemporary World Poetry by JD McClatchy

Taslima is in Encyclopedia

Taslima is in the travel books

'' The best known literature of Bangladesh is the work of the great Bengali poets Rabindranath Tagore and Nazrul Islam, though these giants have been overshadowed recently by the furore over the writings of Taslima Nasrin, who has received death threats from Muslim fundamentalists for her outspoken critiques of Islam's oppression of women...'' Lonely Planet.

taslima has no God, no Master

Women Without Superstition:
"No Gods - No Masters"

on the trail of Taslima Nasreen

Growing up confused: for a Bengali Muslim girl, life is full of contradictions.(Excerpt) : An article from: The Women's Review of Books

Taslima Nasrin and others

Taslima is mentioned in  these books